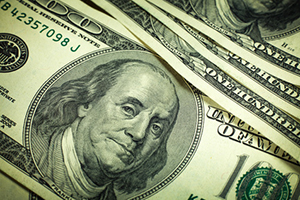 Benjamin Franklin was a sagacious man, as a matter of fact; he was one of the first owners of an annuity. Since his time annuities have been intertwined with American history, in many ways, they have been a strong core of our country’s financial security. Ben was a wise man and owning an annuity can be a smart choice. Unfortunately, many rumors and half-truths have been spread about annuities. Our product has evolved into a modern, dynamic, and benefit-rich financial instrument.

People buy annuities for lots of reasons, added safety in retirement, avoidance of market risk, probate benefits, but mostly they are used to provide income. Income that cannot be outlived, ever.

Let’s take a look at some of the facts about Fixed Indexed Annuities.

Fixed Indexed Annuities have provided a long history of reliable performance. A Fixed Indexed Annuity’s yields have been consistent with products that offer freedom from market risk without exposure to the market downside, since their inception in 1995.

The annuity company does not set interest credited to a Fixed Indexed Annuity. The crediting rate is based on movement from an outside source, such as the S/P 500 stock index. No insurance company can take advantage of your funds by paying a low-interest rate.

Every year, Fixed Indexed Annuities credit your annuity account. In other words, they automatically reset which means any gain you have credited in that year is now part of the guaranteed account value. You ratchet up, never down, once an account is credited, it becomes part of the annuity value.

Guaranteed. Every annuity is back by the claims-paying ability of that company. The annuity industry is one of the most regulated financial sectors in the financial world. Fixed Indexed Annuities provide an income an individual can’t outlive. When using a Fixed Indexed Annuity as a retirement vehicle, it doesn’t matter how long you live, and the income will always be paid to you.

Myth: Insurance companies keep the money if you die. That is a complete myth, any unused portion of the annuity value is returned to the named beneficiary.

Annuities have numerous uses, income, accumulation, charity, unknown expenses; the list is endless and based on the needs of the individual. But, as needs change so can the eventual use of the annuity.

In a recent survey, 9 out of 10 annuity owners were satisfied with their choices and considered annuities as an excellent way to accumulate money. Here is the link to the survey: http://www.annuity-insurers.org/wp-content/uploads/2013/10/2013-Gallup-Survey.pdf

The best reason, knowing your important funds are safe and secure can help you enjoy a better and less stressful life. Think of an annuity as “sleep insurance.”

Like all decisions, take your time before deciding on purchasing an annuity. Ask for advice from those who are licensed and authorized to provide it.